Criticized by a segment of the population, with several events that have suffered damage, the candidacy of the outgoing President Alpha Conde (carried by the RPG-AEC coalition) who has just completed two (02) mandates at the head of Guinea Conakry, is finally validated by the commission responsible for organizing the presidential election. Now in the quest for a third term, Alpha Conde will meet on his way, 11 challengers, including the former Prime Minister, Dalein Diallo of UFDG.

Apart from this potential candidate, 10 other candidates, including 02 women, will face the outgoing president. These include: 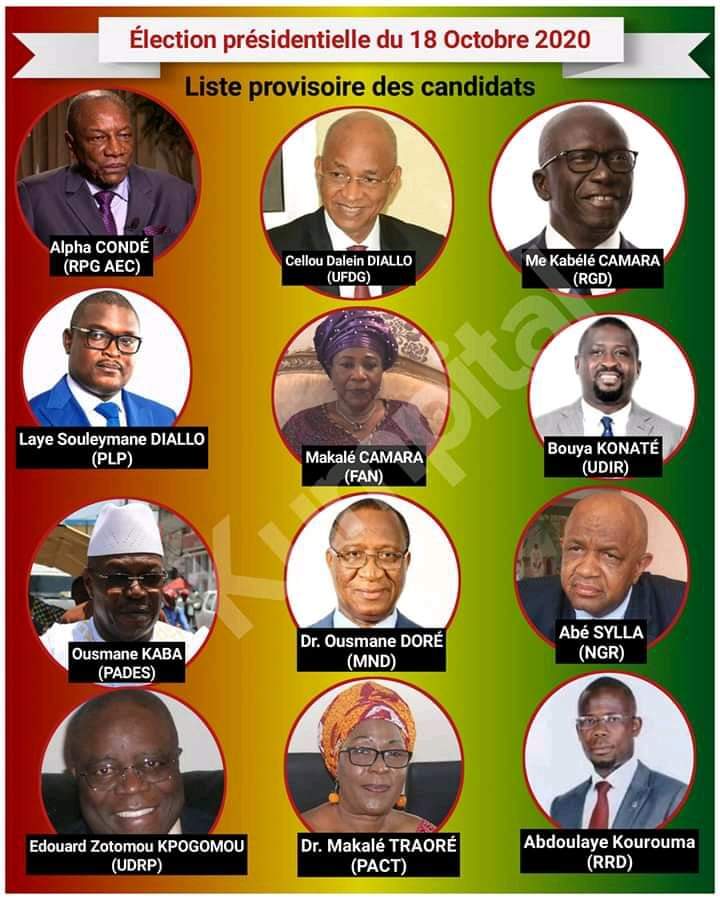 According to our source, this list the 12 candidates remain provisional. This means that some applications may be invalidated. The final list will be made public by September 20th, 2020.