National census project of Benenese living in Nigeria : Finally, the dream of the Union of Beninese residing in Nigeria will be materialized soon (Honoré Hounkpatin salutes the foresight of Pdt Patrice Talon)

Par LA REDACTION Last updated Fév 8, 2021
0 2 036
Partager
National census project of Benenese living in Nigeria
Finally, the dream of the Union of Beninese residing in Nigeria will be materialized soon
(Honoré Hounkpatin salutes the foresight of Pdt Patrice Talon)
Published on Saturday, 9th 2019 at 9:28 AM
By Loth HOUSSOU, La TEMPÊTE
Finally, a good news for Beninese living in Nigeria, after the unfortunate borders closing decision taken by the eastern neighbor. Since Wednesday, November 6th, 2019, an important and salutary decision from the Benin government has  being beenapplauded by thousands of compatriots here and abroad. It’s about the historic census project of all Beninese living in Nigeria.
Estimated at more than two million (2,000,000) of people, the Beninese community residing in Nigeria represents the largest Beninese diaspora worldwide. A real human capital, whom the majority  faces sometimes certain difficulties related to civil status. A recurring concern cited among the constraints notified by the President of the Union of Beninese residing in Nigeria (UBEN) and his peers, this project initiated by the government of the “Rupture” is sure to put an end to an ordeal that has lasted too long. « This is one of the great dreams of our association that will be realized. This is an opportunity to salute the foresight of the Head of State Patrice Talon who unveils great ambitions for his people, whether at home or abroad…said Honoré Hounkpatin, the president of the association, which is based in Abuja, Nigeria.
The Union of Beninese residing in Nigeria (UBEN) in a nutshell…
Lire aussi
1

LA REDACTION Mai 4, 2022 1 165 1
Affiliated with the High Commissioner of the Beninese External Commission (HCBE), the Union of Beninese residing in Nigeria (UBEN) works in perfect collaboration with the Benin Embassy in Abuja and the General Consulate in Lagos. It aims to be the crucible of all Beninese resident in Nigeria, to accompany them in case of administrative, legal and other difficulties. It has a federal executive office and sections in the 36 states of Nigeria.
It is currently coordinated by Honoré Hounkpatin, a business manager (specializing in the construction and hospitality sector, among others) in Nigeria. His companies use both Benin and Nigerian labour. After many years in Nigeria, he is a well-introduced man in Nigerian business circles as well as in the administration in general. Position that he uses to help many of his compatriots.
Philanthropist and generous, Honoré Hounkpatin’s work for the Beninese community living in Nigeria has let him to earn numerous national and international awards.
This project from the President Talon Government, which comes to save its compatriots, marks a happy end to the mandate for the man who intends to pass the witness.
Indeed, the association he leads will be in an elective general meeting this weekend at its headquarters in Abuja, for the renewal of the executive office. Given his record and his ambitions for the Benin community in Nigeria, it would not be a surprise to see him reappointed as head of UBEN for a new term.
We’ll come back. 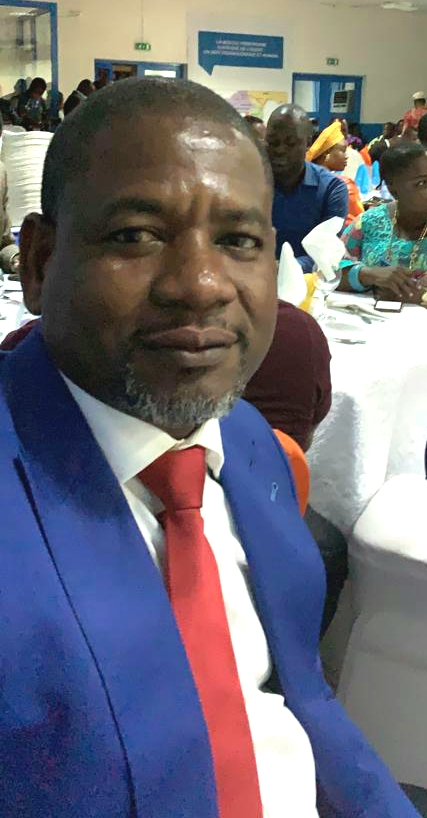