Kodjo Houngbémè, after the DBM TV break-up from the CANAL+ network : «… Today, without CANAL+, DBM TV continues to be followed in countries around the world… »

Par LA REDACTION Last updated Juin 23, 2021
0 684
Partager
Kodjo Houngbémè, after the DBM TV break-up from the CANAL+ network
«… Today, without CANAL+, DBM TV continues to be followed in countries around the world… »
Published on July 18th, 2019 at 6:45 p.m.
By Loth HOUSSOU, LA TEMPÊTE 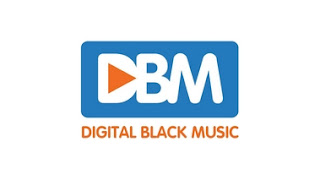 A 100 % musical television channel that promote the african urban video clips, DMB TV, which first broadcast on June 19th, 2017, was cut off from the network of its distributor and hoster CANAL+, 02 years to the day. Thus, since June 20th, 2019 at 00:00 A.M, subscribers of the CANAL+ network have no longer the opportunity, to follow their channel DBM TV on this package.
Faced with this situation, the CEO and Co-founder Kodjo Houngbémèand his collaborators sensing the danger coming, have taken palliative measures that allow DBM to continue its path, and in a more beautiful way for that matter.
What really happened with CANAL+ ?
What are the palliative solutions found that allow DBM TV to continue its path?
To these questions, the man from Tori-Bossito in the department of Atlantic (Benin) gave clear and concise answers that bode well for a bright future for the DBM TV channel, despite the difficulties.
Interview !
LA TEMPÊTE : Since June 20th, 2019, DBM TV is no longer in the CANAL+ package. What happened?
Lire aussi
1

LA REDACTION Nov 25, 2022 1 506 0
Kodjo Houngbémè: We have an annual contract that binds us to CANAL+. This contract is therefore reconductable on the anniversary date. CANAL+ or DBM TV may decide not to renew it, on a well-founded basis.  This, within 03 months’ notice. But the problem in this context is that CANAL+ has created a motive that turns out to be clearly false. According to their report, DBM TV has lost its audience completely….
On the contrary, DBM TV has enjoyed a meteoric rise since its birth and has quickly damned the pawn to several of Africa’s most famous music channels. In truth, that is what bothers. And so, the problem is elsewhere and they know it well.
In other words, CANAL+ has unilaterally decided not to renew the annual contract.
How do you feel about this decision by CANAL+ officials, especially since June 20th, 2019?
It’s just a shock.
It’s heartbreaking. It shows us how matter we are faced with stronger motions of diktat in front of the little ones, with an unhealthy mind that does not say its name. The bottom line is that young African entrepreneurs are unable to get support from the authorities who could put an end to these reprisals against their own compatriots.
And so, we find ourselves a little alone, fighting. But it doesn’t matter, because in the face of the situation, we had palliative solutions.
What do you mean by palliative solutions and which ones have you set in motion?
After notification of the notice, solutions had to be found in order to continue to broadcast the DBM TV channel without CANAL+. Today, without CANAL+, through to other networks such as STAR TIME, BIS AFRICA and so ones, DBM TV continues to be followed in French and English-speaking countries around the world. The approach that was theirs according to see DBM TV closing its doors because they were no longer going to distribute us has already been destroyed.
There are even countries where we have become leaders through the competitors who have a control on the audiovisual sector.
Better yet, we managed to gain a head start after the launch of the mobile version of the TV. This is to allow you to follow DBM TV now all over the world, thanks to an app downloadable by the following link:

https://play.google.com/store/apps/details?id=com.dbm.app
Nevertheless, we will continue to fight through niche work, to win back the public country by country. 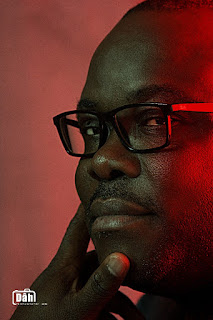 Kodjo Houngbémè stays upright in his boots, despite the difficulties of winning back DBM TV subscribers and fans
0 684
Partager