ICC-SERVICES case: The trial will be in live broadcast on radios next Monday 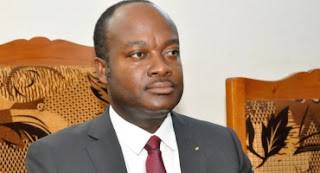 From Monday, December 17th, 2018, a strong and generalized socio-political fever will set off all the Benin. And for good reason, the official return of a scandal which marked thousands of Benineses.
Indeed, after 10 years of calvary and lamentations, the biggest swindle that shook the Benineses economy, the case ICC-SERVICES resurfaced. After seizing the file that is already running a lot of ink and saliva, the Economic and Terrorism Offenses Repression Court (ETORC) announces the holding of the trial. It will be on Monday, December 17th 2018, at the headquarters of the judicial institution in the capital (Porto-Novo), on the occasion of the first criminal session for the year 2018. In order to give unto this case its public importance, Gilbert Togbonon, Special Prosecutor of the institution, informs in a press release that, the conduct of the very first hearing of the trial will be in live broadcast on our radiostations.
Read the Statement.
COMMITTEE OF THE SPECIAL PROSECUTOR OF THE ETORC (CRIET)
On December 17th, the first criminal session of the Economic and Terrorism Offenses Repression Court (ETORC) will be held in Porto-Novo in 2018.
Lire aussi
1

LA REDACTION Déc 8, 2022 1 648 0
On the list of this session, several cases are relating to crimes of an economic nature, in particular those called ICC SERVICES.
Due to the nature of the case and the numerical importance of the victims, some of whom could not be reached by the convocations, the President of the ETORC (CRIET) ordered, in accordance with the legislation in force, the retransmission in direct broadcasting to ensure a better publicity of the debates. I appeal, therefore, to the civility and discipline of all to allow the conduct of such debates in the calm and serenity required by the circumstances.
Done at Porto-Novo on December 13th, 2018.
The Special Prosecutor